Heartbleed Could Affect Your WordPress Site 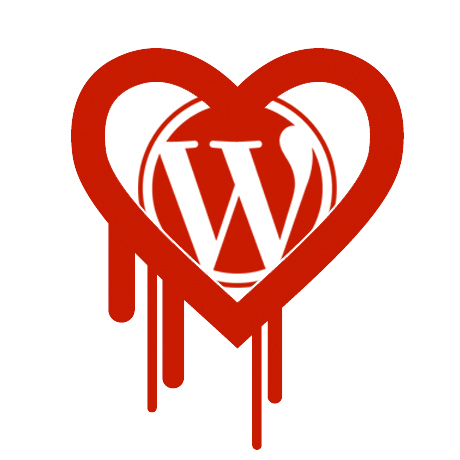 A critical OpenSSL vulnerability nicknamed “Heartbleed” was discovered recently and you need to know whether your information could be impacted. What is Heartbleed anyway?

The Heartbleed Bug is a serious vulnerability in the popular OpenSSL cryptographic software library. This weakness allows stealing the information protected, under normal conditions, by the SSL/TLS encryption used to secure the Internet. SSL/TLS provides communication security and privacy over the Internet for applications such as web, email, instant messaging (IM) and some virtual private networks (VPNs). (source – Heartbleed.com)

Basic Things You Should Know About Heartbleed and OpenSSL

Should You Be Concerned?

Encryption is the process of encoding messages or information in such a way that only authorized parties can read it. Encryption doesn’t prevent hacking but it reduces the likelihood that the hacker will be able to read the data that is encrypted. Encryption is used to protect secrets that may harm your privacy or security if they leak. This bug has compromised secrets in four categories:

OpenSSL is the most popular open source cryptographic library and TLS (transport layer security) implementation used to encrypt traffic on the Internet. You may be directly or indirectly affected if your popular social site, your company’s site, commerce site, hobby site, site you install software from or even sites run by your government might be using vulnerable OpenSSL.

OpenSSL version 1.0.1g addresses the vulnerability, as well as OpenSSL instances compiled without the heartbeat extension.

What You Can Do

It is wise to take all the necessary precautions but without allowing panic to come in. Learn all you can and act accordingly.