written by BlogEx on March 25, 2008 in Social Media and Under the Microscope with 3 comments
← older posts newer posts →

I’ve mentioned before that I’m pretty much a search junkie. If it has anything to with search engines or SEO, chances are, I’m interested in it. So, when I was asked to take a look at Stumpedia.com, the new human-power search engine, it didn’t take much to convince me.

The first thing I noticed when looking at Stumpedia was the simplicity of the site. Similar to another famous search engine, there’s the name of the site, and the search bar. A section underneath the search bar gives you the latest activity on the site and also highlights different user profiles.  While I like the simplicity of the design, I think it could use just a splash of color somewhere to accent things a bit. Maybe something as simple as using a larger version of the favicon as a logo or something. Simplicity is good, but there’s also a fine line between it and boring.

The functionality of the site is actually pretty cool. According to the home page, Stumpedia is a “social search engine that relies on human participation to index, organize, and review the world wide web.” That’s a more detailed way to say the site is basically Google, mixed with Wikipedia, mixed with Digg. Searchers type in the term they’re looking for, hit enter, and up pops the results that users have submitted and voted up or down. The more votes a result gets, the higher up it ranks.

As I said, the idea behind the site is very cool. However, I’m afraid it might not be practical. First of all, there’s already a pretty popular search engine around. To be a success, Stumpedia needs to be the people’s first option when they try to find something on the web. If they are going to rely on the fact that their site is user generated content, there’s already Wikipedia for that. I just don’t see a lot of people abandoning either one to use Stumpedia.

Also, whenever a site relies on human signals to determine search relevancy, the first thing that springs to mind is spam. If Stumpedia manages to attract some decent traffic, the very next thing to follow will be people trying to exploit the site. Look at the lengths some people go to try and game Digg’s voting system. If Stumpedia were able to deliver a good amount of traffic to sites that are listed in it’s index, what would keep a site from hiring people to vote it up for all sorts of irrelevant but possibly profitable terms?

With all that being said, I’m sure people thought the same thing when Google and Wikipedia were being started. They certainly both had issues and I think we would all agree they’ve done alright for themselves. So, is Stumpedia the next big thing? In the online world we live in, you never know. Go check it out and decide for yourself. Also, if you have any other feedback on what you like or don’t like about the site, feel free to drop that input in a comment below. 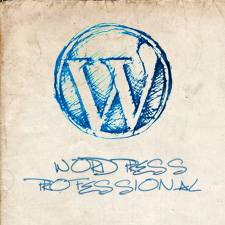 On Becoming a WordPress Professional 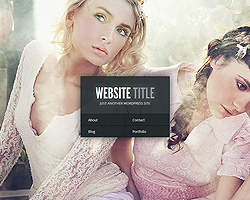 3 Responses to “Under the Microscope: Stumpedia.com”