I can see the comments already. “My blog is just that, MY blog. It’s not a business!” or “If you treat a blog like a business you take all the fun out of it!” You may still feel like that at the end of the post, just hear me out before you start typing out that passionate rebuttal. One of the things that makes the internet so amazing is the ability to make money out of nothing. In fact, that’s why the make money online niche is so popular. People know that a lot of money is being made online and they want to get in on it. People that never had the desire or the capital to open up a traditional business can make money all by themselves. Others started out just wanting to talk about their favorite subject and realized they could be making money at the same time. The end result is that you have a growing niche on the ‘net of people trying to make money, especially with blogs. And actually, they are doing pretty well. A lot of people are having modest success without all the hassles of a traditional business.

However (and you knew there was going to be a however), if you are willing to treat your blog like a business, you’ll reap the rewards of your hard work much sooner. It’s almost like growing a plant. Sure you can stick a seed in some dirt and water it now and then and it will grow. But, if you take the time to carefully cultivate the soil, making sure it has all the right levels of nutrients, and put down some fertilizer or MiracleGrow, you’re going to see bigger, better results, much quicker. I’m not saying you can’t make money blogging without going the “business route”, but you’ll be leaving a lot of potential untapped.

That’s all well and good, but what exactly does “Treat your blog like a business.” mean right? In my mind there are three main business practices that any blogger hoping to make money with their site should apply to their site: plan, monitor, and invest. 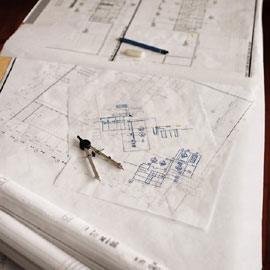 One of the biggest mistakes I see bloggers make is the lack of planning that goes into their sites. They set up a blog, start writing, and figure everything else will sort itself out. It’s a fly by the seat of their pants mentality and in my experience, it leads to two things, burnout and failure. Now I’m normally not an advocate of structure and guidelines. I don’t like the restrictiveness of rules and deadlines etc. However, I’ve started up and abandoned enough blogs to realize that a bit of planning can save a LOT of wasted time and effort.

For example, plan out how you’re going to make money from the blog. Obviously you’re not going to be able to predict the future but try to get a general idea of the different methods you’ll use to make money. Are you going to use sell some sort of product? Will you try to sell advertising? Are you going to promote affiliate offers? Are you trying to attract new clients for a service you offer?

Some of the best blogs that I’ve started, I’ve also abandoned simply because I didn’t have a good plan to monetize them and consequently, didn’t make any money. While hobby bloggers might not mind, when you’re blogging to make money, that can be incredibly frustrating. A simple plan of action for your blog can help avoid all that. This doesn’t need to be some intricate business plan, but it should include things like expected revenue streams, any costs you might encounter, and even some dated goals. The goal for this blog is obviously a full time income by next July but each month I set out smaller goals to help bridge the gap between where I am and where I’m trying to go. That way I stay on track and motivated even if the overall goal is fairly daunting. 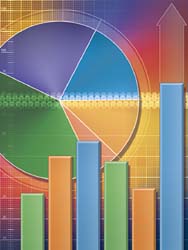 Could you imagine a business not having any idea how much money it spends, how much money it makes, or where its customers come from? I don’t think a company that did that would be in business for long, or at the very least certainly wouldn’t remain profitable. Unfortunately that’s exactly how many bloggers operate.

They might have a general idea how much money they are making (usually not much) and they probably have a pretty good idea what if any money they’ve spent, but they probably don’t have any idea where their “customers” come from or who they are. While you might not have any customers in the traditional sense, you hopefully have people that generate money for you. If you’re marketing affiliate products which visitors to your site convert the best? If you just sell advertising, how many people actually click through to the advertisers’ site? Even if you just use the buy me a beer button, what type of visitor most often donates?

There is a wealth of knowledge at your fingertips and yet surprisingly few bloggers ever take advantage of it. As I mentioned before, you should definitely install Google Analytics, but don’t stop there. Set up goals, track conversions, dig down into the stats to find out which source of traffic generates the best traffic for you. Find out which affiliate offers or advertisements work best for which articles or pages on your site. Bottom line: monitor and track everything! 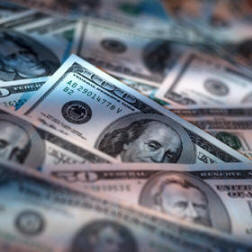 This practice probably isn’t going to be the most popular of the bunch. As a result, it’s the one that I think the largest number of bloggers are missing, and as such could be your greatest advantage. As I mentioned earlier, a large part of the allure of making money from a blog is the incredibly small barrier to entry. I mean you don’t even have to spend money to register a domain or pay for hosting if you don’t want to. You can begin to make money without spending a single cent. In the end though, your quest to save money, and make as much as possible up front could in fact be holding you back.

Countless people have written about the benefits of having your own domain name. It shouldn’t be difficult to see the benefits of having your own hosting that can hold up to a story hitting the front page of Digg. And yet, countless bloggers aren’t willing to spend the money. A custom logo for your site can be cheaper than going out to dinner and yet I still see sites using the image that came with the theme they’ve used. Now don’t get me wrong, I’m not saying you need to shell out thousands of dollars before you start up your blog, but the more you’re willing to spend now, the quicker you’ll see results, and the better your position will be when you do see results.

That conveniently brings me to my next point. Once your site does begin to have some success, you’re presented with yet another opportunity to separate yourself from the crowd. Rather than taking the money you’ve earned out of your blog, reinvest it! If you haven’t gotten your own hosting, do it with your previous month’s earnings. If you are using a theme that hundreds of other bloggers are using, spend a month’s income to have a custom design developed. If you’ve already done all that, reinvest the money into advertising for your site or even product development! Just because you started your blog for free doesn’t mean you have to run it without any funding. I have seen countless bloggers make $100 one month and still stick with their free account on WordPress or Blogger the next. Like I said, you don’t have to spend money to make money on the internet. But, if you’re willing to take that step, you’ll continue to build on your success, month by month, rather than starting from scratch over and over again.

I realize the thought of treating your blog like a business may be a foreign concept but I think the benefits are substantial. I know some of you will think that will take all the fun out of blogging, but in my mind, making more money would be a lot of fun as well.

What do you think?

Do you treat your blog as a business or do you think that defeats the whole purpose? Did I overstate the benefits or maybe miss another benefit? Please feel free to share your thoughts in the comments below! 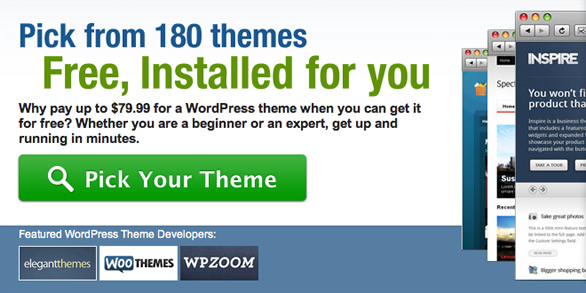