The Office: Lessons on Blogging

written by BlogEx on November 8, 2007 in Blogging and Lessons on Blogging with 23 comments
← older posts newer posts →

The Office is easily one of my favorite comedies on TV right now, despite getting off on the wrong foot. I was originally introduced to the British version of the show and found the American version to be an obnoxious ripoff of the fantastic original. However, as the show has progressed I’ve grown to embrace this version. I’m not sure whether the actors grew into their characters or whether I’m just further removed from the original but whatever the case, I simply can’t get enough of the Dunder Mifflin employees.

Of course, there is a very real chance that I’ve actually ruined television for myself for ever. By following up Heroes Lessons on Blogging with The Sopranos Lessons on Blogging and unwittingly established a trend. Now whenever I sit down to watch TV I constantly find myself thinking about what lessons the show “teaches” and how it could apply to blogging. Such was the case last night when I sat down to catch up on a couple of episodes of the Office, thus, I give you, The Office: Lessons on Blogging!

Be Aware of How You’re Viewed 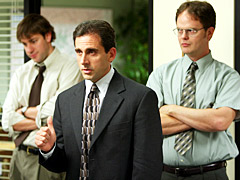 One of the pillars of the show is the fact that Michael has this incredibly inflated sense of self worth. He thinks he’s a terrific boss, an asset to the company, and just generally smarter than everyone else. Of course, he’s actually none of those things which makes for some rather entertaining moments at Michael’s expense. In a recent episode Michael and Dwight were on a road trip when the GPS navigation unit told them to turn right. Michael proceeded to turn right immediately, despite Dwight’s shouts that the computer didn’t actually intend for them to drive into a lake. As the car sank into the lake it dawned on Michael that he may not have made the best decision. Naturally he assumed the GPS was trying to kill him rather than entertain the thought that he had been in the wrong.

A lot of bloggers struggle with the very same issue. While not many take it to the hilarious extreme Michael does, there are plenty of bloggers out there that have no idea how other people actually view them. They may think they are an expert when in fact, most people view them as a joke. Conversely, readers may look at a blogger as an expert in their field but the blogger doesn’t see it, and certainly doesn’t leverage that status to benefit their site. In practice, it’s really not that difficult to keep tabs on how you are perceived, but it’s not always a fun thing to do. Read the comments people leave on your blog, read any and all posts that mention your site or you personally, and from time to time ask your readers.If the number of critical comments or blog posts far outweigh the positive, chances are you don’t have the standing you thought you did. However, If people are constantly linking to you whenever they discuss a certain topic (as long as it’s not in a “look at this idiot!” manner), chances are they view you as an authority. Whether you think you’re an expert in your field or not, perception is very often reality it doesn’t pay to be ignorant of the general public perceives your blog. 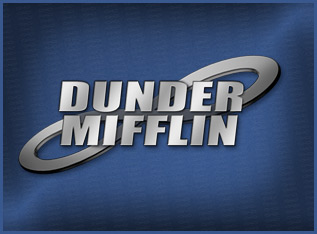 Recently Dunder Mifflin has launched a new campaign to bring the company into the 21st century called “Dunder Mifflin Infinity”. The initiative is being spear headed by Ryan a former employee under Michael who has since been promoted and is now positioned above Michael on the corporate ladder. A large part of the plan has been updating technology, becoming younger and faster, and more of a “cutting edge” type company. Of course this becomes a bit of a struggle for Michael who was quite happy with how things were going and also has an aversion to technology in general. Michael refuses to use the new blackberry phones that the company has purchased for everyone and instead embarks on a campaign to prove that Ryan is being age discriminatory.

While not every new thing coming down the pipeline will live up to the hype or be deserving of your time, bloggers also need to be careful not to shut themselves off to new technology. For example, many bloggers are just now coming around to the idea of social media while others embraced it early on and have been reaping the rewards ever since. This doesn’t mean that anyone who didn’t jump on board early can’t still benefit from social media exposure, but the early adopters have a distinct advantage. They know what content will and won’t work, they’ve participated in the community, and many are now known as experts in the field. The same holds true for any tiered affiliate program or advertising platform. The first in will have an advantage over those who are more resistant. Obviously you don’t want to blindly throw yourself into each and ever new thing that comes along but embracing new technology or products can pay off in the long run.

One of the most famous episodes, and one that ironically helped the show win an Emmy, was season two’s “The Dundies.” Every year Michael takes the office out to Chilli’s for their very own awards ceremony. As he puts it

“A lot of the people here don’t get trophies very often, like Meredith or Kevin, I mean who’s going to give Kevin an award, Dunkin’ Donuts? Plus, bonus, it’s really really funny. So I, you know, an employee will go home, and he’ll tell his neighbor, “Hey, did you get an award?” And the neighbor will say, “No man. I mean I slave all day and nobody notices me.” Next thing you know, employee smells something terrible coming from the neighbor’s house. Neighbor’s hanged himself, due to lack of recognition.”

Naturally, the awards are hilarious and include things like the “Don’t go in there after me” award, the “Whitest shoes” award, and the “Busiest Beaver” award which contained an unfortunate typo making it the “Bushiest Beaver” award. So, while the idea, like every other idea Michael has, was executed poorly, the premise behind it is something all bloggers should remember. Always value those who contribute to your site. Whether it’s giving things away to your readers, highlighting new advertisers, installing the Top Commentators plugin, promoting your guest bloggers’ sites, or any number of other ideas, just make sure it conveys your appreciation for their contributions.

Step Up to the Plate 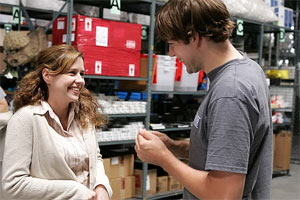 Another one of the ongoing story lines for the series has been the tension between Pam and Jim. They both obviously have feelings for each other but until this season, they’ve never had the courage to do anything about it. Sure Jim would jealously make fun of Pam’s dates or boyfriends and Pam would try to convince herself that she was ok with Jim dating other women but it’s always been obvious to viewers that the two were in love with each other but never put an action behind those feelings.

The same holds true for an incredible amount of bloggers (and really people in general) out there. Not long ago a friend of mine gave me what amounted to a swift kick in the butt. I’d talk about all these ideas I had and even begin a few but none of them would end up making me any money because I’d just be dabbling. I wouldn’t every fully commit to any one idea and ride it to the ground or until it became profitable. My friend on the other hand was making money hand over fist doing all sorts of different things online and I’d constantly ask him what his secret was. Finally he told me “Just do SOMETHING! I don’t care what it is, just actually DO it.” While it wasn’t exactly easy to hear, he was right and several thousand dollars later, I’m quite grateful. The point is, you can read about, and think about, and talk about ways to make money blogging, but eventually you’ve got to “go Nike on something” and JUST DO IT. Don’t sit around waiting until you have a certain number of subscribers or a certain level of traffic. Do something right now, in whatever state your blog is in to make money. If that means doing some paid posts for $10 bucks a pop, do it. Just do something to get the thing rolling. Once you’re moving you can track, analyze, and adjust your tactics to optimize your results but you’ve got to take that first step.

To be honest, at this point I’m not quite sure whether I should be proud or scared, but there you have it; more lessons on blogging from a popular TV show. At this rate I might stop reading other blogs and just watch reruns and deleted scenes ;). As always, I’m quite sure I’ve missed some so feel free to chime in using the comment form below! 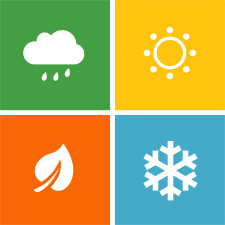 When Is The Best Time To Sell WordPress Themes?

23 Responses to “The Office: Lessons on Blogging”