written by BlogEx on November 19, 2007 in Blog Marketing and Blogging and Social Media with 41 comments
← older posts newer posts →

Welcome Digg Users! You may also be interested in our latest post, Are You Sabotaging Your Social Stories?

Just about every blogger around knows how powerful hitting the front page of Digg.com can be. We’ve all heard the stories about the massive horde of visitors swarming over a site in just a few short hours. However, few people talk about the amount of traffic a front page Digg story leaves in it’s wake. Many SEO sites have written about the influx of links that often follow a popular story, but I’d always read about it as one component of an overall link building or SEO campaign. I hadn’t ever heard about a site that relied solely upon one Digg story for it’s promotion and traffic. So, I decided to make one.

About 6 months ago an idea for a great article sprang to mind after a discussion with a co-worker. Originally I had planned to publish the article as a post on one of my existing blogs, but after a bit of thought decided to wrap an entire site around the article. I jumped online, was pleasantly surprised that my first choice of domain names was available, registered said domain, installed WordPress, and quickly typed out the post. After installing a new theme and cranking out an about page, HilariousNames.com was ready to roll.

At that time I was very active on Digg and had been on a good run of submissions becoming popular. Since the site was brand new and no one knew it existed, much less that it was my own site, I decided I’d be ok to submit my own work. Obviously this is something normally frowned upon by the Digg community but occasionally you can get away with it. This was one of those occasions. The submission took off very quickly and became popular within a matter of hours. The traffic poured in at such a frantic pace that my host thought it was a DDOS attack and shut down the site. After two hours of panicked support tickets, the site came back up and the traffic resumed. In fact my follow up post (describing my dealings with my hosting provider) very nearly went popular on Digg as well. After all was said and done, the site had seen about 20,000 visitors over the course of a few hours.

After a couple of days the blog was shelved for a different project I was working on (this very site in fact) and I decided to just let it sit to see what would happen. I hadn’t promoted the site anywhere else other than Digg and I hadn’t done any SEO work on it. The popular post did get picked up by several other social sites and the traffic over the next week or so remained fairly high for a brand new site (around 1,000 visitors a day). After that, traffic began to trail off and eventually dropped down to under 10 per day. I figured the site had probably run its course but left it up to age just in case I ever decided to come back around to it. I recently decided to check my stats for all of my sites and was surprised to see the blog is now averaging nearly 40 visitors a day! 75% of the traffic is coming from search engines with another 19% clicking over from the Digg submission. Apparently the site ranks first in Google and Yahoo for the term “hilarious names” and also appears on the first page for other searches such as “worst names”, and “worst names ever”, etc.

While 40-50 visitors a day certainly won’t raise many eyebrows, keep in mind that this is entirely the result of a single popular story on Digg. Any and all links, rankings, and traffic the site has is due to the long term effects of that single post. I mean shoot, the last update was hours after the article hit the front page. No this level of traffic won’t shut your server down or spike your Alexa rankings. But these are the results I’ve seen without doing ANYTHING else with the site. Imagine the kind of growth and popularity that could be achieved if you leveraged the initial traffic into readers.

Imagine how many more links and how much more traffic your site would receive if you were able to make it to the front page of a popular social site multiple times. Hell, imagine how much better the results would be if you simple wrote posts regularly after becoming popular. This is the lasting Digg effect, and it might just be more powerful than the tsunami of traffic Digg is famous for. 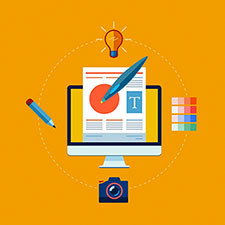 41 Responses to “The Lasting Digg Effect”