I’ve been thinking a lot about the survey I did a couple weeks ago. The basic feedback I received from everyone is they want to watch me create a brand new website business, make it profitable and then sell it, all while incorporating various aspects of internet marketing.

There are a few logistical issues with this plan that I’m trying to figure out, so I decided to ask for your advice. You’re probably a lot smarter than me anyway, so hopefully you have some ideas for me.

I talked with a couple people who have done these “live experiments” before and they said it was very challenging to create a successful website with thousands of people following along each day. Here’s an example that I was given…

Apparently my friend was testing a new Adwords campaign for his new website. He was sharing all of the details with his readers so they could learn exactly what he was doing. He shared all the keywords he was using and the exact ad copy he was testing. But for some reason, the people who were following along kept clicking his ads. He racked up about 1000 clicks in a couple days at $0.25 per click and ONLY got about 10 optins to his email list he was testing. He later found out he wasted $250 on clicks from his readers, not from people interested in his offer.

(funny thing is, after his experiment, he kicked the campaign back on and it’s now making a profit of about $3,000 per month since nobody is interfering with the test results).

I can see how that can happen though. If you have 1,000 or 3,000 people following along watching your every move, it’s hard to get accurate test results. Internet marketing is a numbers game, so if you are testing conversion rates of a sales letter or an optin page and you have 1000 people checking your sites everyday just to see what you are up to, it can get pretty ugly from a stats point of view.

Another issue with a “live” business is, NOT ALL BUSINESSES ARE SUCCESSFUL. It’s true, not everything I touch turns into gold. In fact, out of every 10 websites I start only 1 or 2 are considered “home runs”. 3 or 4 are “moderately profitable” and about 4 to 5 are complete duds!

That’s a lesson in and of itself…Not every project you work on will be a huge success, not even for people like me who have been doing this for 5+ years.

If you do a live experiment with people watching and you have a 50% chance of having a dud project, people will think you’re an idiot and not know what you’re talking about. Even though the real value of an experiment like this is learning the steps along the way, not necessarily the final income figures.

Another issue is, I’m guessing it will be fairly difficult to sell a website where 1000+ people watched every step of how that site was made. A big part of selling a website is the non-disclosure and non-compete clauses. One reason why people buy websites is because not everyone knows how to build a profitable web business. I can’t imagine someone would want to buy a site knowing that any of the 1000’s of people watching could replicate the success of the site step by step. I know I wouldn’t want to buy a site with that kind of risk.

Finally, the process from starting a new web business, getting it profitable and ultimately selling it, is a long process. We’ve found the best success using a 13 month time schedule. That gives us a couple months to set up the site and start promoting it. Another 10 months or so to ramp things up and make it ultra profitable, and then another couple months to find a qualified buyer. It’s really a snowball effect when it comes to growing an internet business, and the first 2-4 months are really just a foundation building phase.

So, how can I avoid these obvious problems AND STILL give you what you want by showing you step by step a live example of a profitable internet business?

Well, I had a few ideas and wanted to get your feedback. I’ll just list them out here:

1) Partner With A Small Group Of Readers

One downside about starting a project like this is time. Aside from running this blog, I have 2 other projects I’m also managing right now. If I add a new project to the mix, I’m afraid something is going to have to take the back burner and get less attention. I may not be able to continue spending two hours a day writing these free blog posts, etc.

Also, if I were to do this experiment, I wouldn’t be doing it half-assed. It would be a full blown, step by step guide showing every single detail that I do. This would mean videos, in-depth articles, audio recordings, etc. All of these things take a lot of time to develop. So, not only would I be starting an entirely new web business (which takes a lot of time), but I’d be spending about an equal amount of time documenting everything.

This “partner” idea could be something like this…Maybe I would pick 4-5 people to help with the project. Assign each person a task to do, have them do it and document each step they take. I’m not sure how I would pick these people, maybe some kind of interview format?

By having 4-5 people involved, I think things could be done at a much faster pace. And since I wouldn’t have to do all the work myself, I wouldn’t be sacrificing the quality of my other projects. Maybe we could split the profits of the website among all the contributors if there was a fair way to do that (based on the amount of effort contributed, etc).

The downside to this is, nobody else will be able to watch along while the project is going on so the results aren’t manipulated artificially. And also I’d have to be managing 4-5 people I don’t know, and who knows what the work ethic will be from these people. Could be a nightmare…

2) Have A Paid Membership Site To Access The Training

As you know, I love membership sites and this concept is a perfect example of a potential membership idea. It’s a long term project that requires lots of updates. It’s a valuable topic that people are interested in.

I have no idea how much would be a reasonable price to charge for something like this or if anyone would even be interested. It would be a more “exclusive” club where I could freely share all the details of what I’m doing with everyone in the club giving LIVE updates.

I know people would obviously prefer to have a free experiment done, but based on the reasons above, I’m not sure that’s a possibility. By having a paid program, I would be able to give more details and share more things, especially if the members each signed a non-compete before we got started. That would also help with the issue of selling the website later since the new owner would get those non-compete agreement’s transferred to them.

Finally, by having a paid program, I would be compensated for my time, which means I could focus more time and effort into this training program rather than splitting my time up among 4 different projects. I’d basically hire someone to take over one of our other sites while I did this experiment.

In this idea, I would combine the paid program with the partner program. Here’s what I’m thinking…

Each partner would pay a flat rate tuition fee (maybe $500 or $800, etc). For this fee, the partner gets to follow along LIVE while I’m starting a new business. The difference this time though, is the partner would be creating THEIR OWN website at the same time, using the same strategies I’m using.

When the class ends (maybe after 6 months or so), the partner would have a choice. They can either keep the website they built and enjoy the profits from their hard work, or I can buy their website back from them for $800 or $1000 perhaps. That way they get their tuition back, plus make a few hundred bucks for the work they put in while doing their “on the job training”.

With this option, either way the partner would have zero risk. They either have a profitable website they can keep, or they sell the website they worked on and get all their money back and then some just for trying.

Obviously there are some potential issues with this as well. For example, the partner would actually have to FOLLOW the steps I’m teaching for me to buy their site back, etc. It wouldn’t be fair to me to buy their website for $1000 if they gave up after 3 days and only had a domain name and one page of content.

4) Do A Secret Experiment Behind The Scenes

With this option, I would basically start a new website from scratch behind the scenes. I would do the same documentation as I would from the examples above, but nobody would know what my site was or what I am currently working on (so there is no interference).

Then, after 9-12 months or so, I’d sell the website and document each of those steps as well. Once the site is sold and the new owner is ok with it, I would share the entire process with you (either free on this site or via a paid training program). Again, anything given away for free makes everyone lose because there will be too many people following the same steps at the same time. A paid program increases everyone’s chances of success since it will limit the number of people participating.

The downside to this option is, it’s at least 10 months out before you ever see a single lesson. By that time, who knows if the internet will even exist 😉 Maybe some of the strategies I’ve used during the experiment will no longer be valid (ie – Adwords may change their rules again by then, etc).

5) Have ONE reader take the challenge

This idea would be to pick one motivated reader of this blog, and have me work one on one with this person. The reader would be required to do all the work, make all the documentation and just follow the directions I provide to them.

Again, I’m not sure how we could do this “live” and keep it free for everyone, but I’m open to ideas. This option could be done behind the scenes as well or as a paid membership program. I’m not sure, just throwing out ideas here…

If none of these ideas sound good to you, I can just forget the whole thing and just keep posting blog posts here sharing tidbits of my wisdom instead. You can use the knowledge gained from these blog posts and try to make your own success web business.

What do you think would be the best way to do this experiment?

I’ll be back on Monday to get your feedback. I have a wedding to go to this weekend, so I’ll be out of town until Sunday night. If I get some free time this weekend, I’ll try to write another blog post, but I’m guessing you’ll hear back from me on Monday.

Thanks in advance for your comments on this idea… 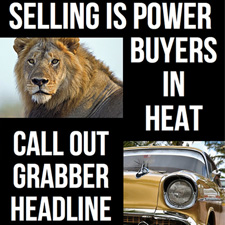