written by BlogEx on December 20, 2007 in Blogging and Lessons on Blogging with 23 comments
← older posts newer posts →

Up next in the Lessons on Blogging series is another of my favorite animated shows, South Park. I usually keep things pretty family friendly on this blog but when you’re covering a show like South Park, it stretches those boundaries a bit. Don’t get me wrong, there are some very important lessons to be learned from the show, but just to cover my bases, I’ve decided to borrow the disclaimer South Park uses at the beginning of each show.

ALL CHARACTERS AND EVENTS IN THIS SHOW POST — EVEN THOSE BASED ON REAL PEOPLE — ARE ENTIRELY FICTIONAL. ALL CELEBRITY VOICES ARE IMPERSONATED…. POORLY. THE FOLLOWING PROGRAM POST CONTAINS COARSE LANGUAGE AND DUE TO ITS CONTENT SHOULD NOT BE VIEWED READ BY ANYONE.

Now that you’ve been warned, I proudly present you, South Park: Lessons on Blogging!

All Press is Good

If you learn one thing from South Park it should be that there really is no such thing as bad press. Throughout the shows 11 seasons, they’ve offended and been boycotted by several very diverse groups. In the early days many conservative parenting groups protested the show’s vulgar content and claimed it should be taken off the air. In response the episode “It Hits the Fan” uses the word “shit” 162 times while a counter at the bottom of the screen counts the number of uses throughout the show. More recently, the creators made enemies of many Muslim groups with their portrayal of Muhammad as well as their take on the Danish cartoon issue. Civil rights groups were incensed by the episode “With Apologies to Jesse Jackson” that used the “n word” a whopping 42 times!

So what effect did all of these controversies, protests, and boycotts have on the show? Naturally they made it even more popular. Using myself as an example, I had never even heard of the show until it was brought up in my Christian school as an evil show that needed to be pulled from the air. Of course the first thing my friends and I did that afternoon after school was watch as many episodes as we could get our hands on.

Bloggers, the lesson for you in this should be obvious, there is no such thing as bad press. Whether you are being praised for your work, or it’s being harshly criticized or even boycotted, the simple fact of the matter is that you’re getting exposure. Even if you offend or piss off 75% of the people out there, chances are you’ll have just created a loyal following of the remaining 25% and isn’t a loyal following what we as bloggers are all striving for?

Some of my favorite scenes from the entire show are when the boys ask Chef questions. That’s largely due tothe fact that Chef is just an awesome character, but the questions (which were almost always about sex) and answers were priceless. In one of the episodes from the first season, An Elephant Makes Love to a Pig, the kids are trying to genetically engineer a cross between Kyle’s pet elephant (which is too big to keep as a pet) and Cartman’s pot-bellied pig. They ask Chef’s advice and he explains that they just need the two to make “sweet love” to each other, and that it would probably help to get them drunk as well. In the South Park movie, Stan asks Chef’s advice about how to get his crush, Wendy, to like him. 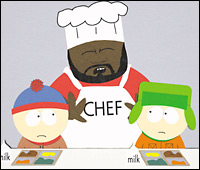 Stan: Chef, how do you make a woman like you more than any other guy?
Chef: Oh, that’s easy! You just gotta find the clitoris!
Stan: Huh?
Chef: Whoops!!
Stan: What does that mean? Find the clitoris?
Chef: Uh….uh…forget I said anything!!

The lesson here for bloggers is again, pretty simple. Ask questions. I’ve said time and again that one of the most amazing things about blogging is the ability to interact with so many different people. If you have questions about any aspect of blogging, all you need to do is ask a question. Chances are there is a blogger out there covering the topic you have questions about that would be more than willing to answer your question. Want to know where to find good resources on writing a sales letter? Drop Brian from CopyBlogger.com a comment or email and ask him! Want to know what plugin I use to rotate my 125×125 banner ads? The point is, there is a wealth of knowledge out there in the form of other bloggers and many of them are more than willing to answer your questions if you just take the step of asking. I’ve always been a big proponent of working smarter, not harder and being willing to ask questions and learn from other people’s experience plays a major role in working smarter. Just ask!

Another strength of South Park is something that many people early on actually thought would hurt the show. For anyone that hasn’t seen the show, the characters are drawn with just a few shapes and the animation is almost flip-book in nature. In fact, the pilot episode was created using construction paper cutouts rather than traditional animation! 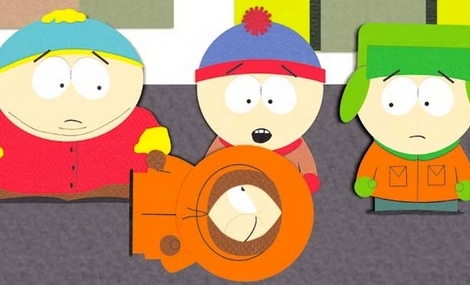 However, rather than being a weakness or a hindrance to the show, the simplistic animation has actually become a HUGE strength. The simplicity allows the episodes to be produced at a much quicker pace than any other show on television. The typical episode takes less than a week to produce and when you compare that to the 6 month time frame for a single episode of The Simpsons, the advantages become a bit clearer. Not only is the show cheaper to make, but they are also able to include references to current events without worrying about the material being too dated.

One of the first examples of this was the “Quintuplets 2000,” in which the Elian Gonzalez situation was openly mocked, and included an appearance by Janet Reno dressed as the Easter Bunny and carrying a gun. In a later episode, Saddam Hussein is depicted as remotely controlling the Canadian Prime Minister from his spider hole hideout. The scene is obviously a parody of the Wizard of Oz and was pretty funny on its own. The fact that the creators were able to include a direct reference to an event (the capture of Saddam) that happened only 3 days prior to the airing made the scene simply remarkable.

So what is the lesson for bloggers? Keep things simple. The reason posts like Top 10 lists, or 3 Reasons Why, or 5 Steps To.. are so popular is because they are simple. They’re usually quick and easy to read and are easily scanable. Now obviously I’m not saying you should only post lists or that you can’t write long posts. However, you should break up your content into easily consumed, “bite-sized” pieces. If your post gets a bit lengthy make sure you use headlines, images, and line breaks to cut up the content. If it goes too long, consider expanding on each section a bit more and turning it into a series.

The way you format your content isn’t the only place simplicity is needed. Could you imagine trying to learn something like Calculus by reading a blog post? I’m guessing not many of use would stick around to try and comprehend the massive amounts of information that would have to be crammed into that single post. By keeping the concepts and ideas of your post simple, you’ll again allow for much easier consumption by your readers.

I actually came up with a few more but the post was getting a bit long. So, I decided to take my own advice and break it into at least two pieces. However, I’d love to hear from other South Park fans on any other lessons bloggers should learn from watching the show. Who knows, I might end up using your idea in the next installment (with a link as thanks of course) so speak up, in the comments below! 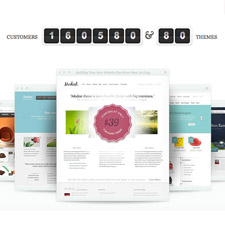