A Second Opinion on Social Media

written by BlogEx on September 21, 2007 in Blog Marketing and Reader Questions and Social Media with 3 comments
← older posts newer posts →

As you may remember, yesterday I interviewed Muhammad Saleem asking all sorts of social media questions. After publishing that interview I was able to contact Karim Yergalliyev (aka supernova17) and get his opinions on some of the same questions.

Let’s start of with the same question I asked Muhammad yesterday, what do you think of the recent changes on Digg? Do you think the changes to the profile system are having any effect on which stories are made popular or how they are promoted? 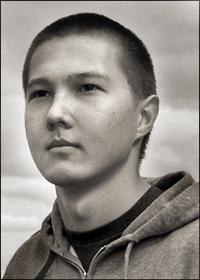 It seems to me Digg is trying to capitalize on the recent trend that Facebook has been enjoying lately, the whole making social connections movement. Ultimately it might be one of their goals, have Digg users interact a lot more thanks to new shout feature and probably a much better messaging system in near future.

This new change also stripped the users’ ability to digg their friends’ stories within the profile page. [Editor’s note: To me, this is the most frustrating and annoying change they made. Anyway…] I believe Digg wanted to get rid of this “Digg gaming” feature for the longest time. It is a lot harder to digg your friends’ stories now, thanks to the new update you must now click on the story and hopefully read the content before you can digg it.

Are you an avid user of any other social media sites?

As far as social bookmarking, I only use Digg because I’ve been a member since almost day one and haven’t really found a good alternative yet. Most of the content is recycled among these types of websites, so it doesn’t really matter where you find it. The only other social media site I’m really active on is Flickr. Since photography is one of my hobbies, I really enjoy sharing my photos there and see what my contacts post there.

A lot of bloggers seem to put a lot of effort into appearing on Digg but most don’t ever succeed. What advice would you give to those of us looking to attract some attention from social media users?

One of the main things a lot of bloggers/writers don’t understand about Digg users is that people who use the site have a really short attention span. So you can’t submit huge essays length stories and expect them to be popular. All the user really wants to read is the main details about certain technology story, world event, product, movie, video, picture and etc. The content you are covering must be new or at least relatively new, something that has been in the news recently. Have a catchy title and interesting description, many of the Digg users might vote on your story just for the title alone.

Ok, but once we have that type of content, what then? I asked Muhammad about whether it was ok to try and contact a top user to submit the content. He was of the feeling that if the content was high quality and something Digg users would enjoy, he didn’t mind. Does this sort of thing happen to you a lot and if so, what is your opinion of it?

I get a lot of emails and IMs with links from people who want their content promoted on Digg. I really don’t mind submitting stories for websites that don’t get a lot of exposure because I feel like I’m helping small guys get recognized for the hard work they put in their sites.

So in the event that a blogger does end up getting their content on the front page of Digg, what then? How can we best capitalize on that wave of traffic and attention?

I think just continuing posting great new content on consistent basis. The top diggers have a habit of adding noticing sites like that and adding them to their RSS feed readers because they know stories coming from that say have a good chance of hitting homepage once again.

Alright, Karim, thanks for your time. I really appreciate it. Now Bob from ChristianPF.com wrote in yesterday asking about StumbleUpon. Since Karim hasn’t used the site before, I figured I’d field this one. Bob writes, “I have been toying with Stumbleupon trying to figure out more about their algorithm – I have gathered that the amount of Stumble traffic you get is based on # of thumbs ups, how active you are in the Stumble community, and (hurts traffic) the amount of self promotion you do – Do you have any other ideas, thoughts, or facts about how it works?”

There are a few other factors that play into your success or failure. The first is making it to the buzz page. This is sort of the equivalent to hitting the front page of Digg only on a slightly smaller scale. The second factor that can really help your submissions is the number of reviews it gets. The little speech bubble on the SU toolbar is a link to review the page you’re on. The more reviews you get, the better your story will do.

I also seem to remember seeing a collection of posts about SU around earlier this week. I’ll see if I can’t find that and post a link as well. That’s it for now though. Thanks again to Karim for taking the time to answer my questions. For the rest of you, I hope this provided some more insight into how you might be able to leverage Digg and other social media sites to your blog’s benefit.

3 Responses to “A Second Opinion on Social Media”