Last week when I mentioned that I’d be using a plugin to rotate the 125×125 ad blocks that you see on the right of the page, I hoped it would generate some interest. It certainly did that, however, it did not interest the people I was targeting. I received several emails and a couple more comments from people asking me what plugin I would be using. As you know, any time I’m asked the same question by multiple people, I figure that’s a great topic to post about, so here we are.

The plugin I’m using is the Got Banners plugin created by GotChance.com. According to their website, “Got Banners is a simple banner rotating plugin for wordpress. Unlike other banner rotators, Got Banners displays all the banners provided simultaneously. But, in a different random order each time.”

Basically you upload the plugin, create a text file containing the code for the banners or ads you want to have rotated, and activate the plugin. While that part was quite simple, I did have some trouble with the plugin. When I originally installed the plugin the ads were displaying one on top of the other rather than a 2×2 box. Not exactly what I was hoping for. After fighting with it for about 15 or 20 minutes I finally tracked the problem down to a class tag in the plugin code which was causing problems with my style sheet. Granted I’m no great designer or coder but that seems like a problem a lot of blogs would have with the plugin. Other than that issue, the plugin works wonderfully. Every time a new page is loaded, the ads are displayed in a random order. Normally the ads would rotate on each and every page load, however, since I’m also using the WP Cache plugin, pages are only loaded once and then served up via a cached copy of the page. To be honest though, I’d rather have my site hold up to a spike in traffic from a front page Digg.com story than have the ads rotate on every load.

All in all, if you’re looking for a way to randomly rotate the ads on your site, I’d definitely recommend the GotBanners plugin. It should help combat ad blindness and will also make sure all your ads are given the same amount of screen time and positioning. At the end of the month, I’ll report back and provide some statistics to show whether or not the plugin accomplishes these goals. Until then, there’s still one 125×125 ad available for $60 per month. Drop me a line if you’re interested. 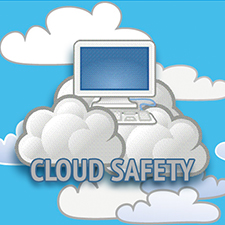 WordPress and Cloud Storage Apps – How Safe is Your Data?

Not Your Usual WordPress SEO Plugins To Try