written by BlogEx on August 4, 2008 in Internet Marketing and Reader Discussion and Social Media with 23 comments
← older posts newer posts →

Recently the SEO universe erupted into a huge debate about the morality of fake or made up linkbait. Popular blogger Lyndoman admitted in a post on his blog that he had completely fabricated a story about a 13 year old stealing his father’s credit card and using it to hire hookers… to play Halo with him!

The story appeared on an authoritative news site, went popular on Digg and several other social media sites, and was even picked up by one of the major television news networks! Needless to say, the linkbait attempt was incredibly successful.

However, the tactic Lyndoman used was met with mixed reactions in the SEO community many of whom thought the method was immoral and gave the community a bad name.

Personally, I am of the feeling that the piece achieved its goal (of attracting a massive number of links) and that is the only moral issue involved. If people (especially the news agencies) don’t bother to do some fact checking, I don’t see how that’s any concern of the marketer. Also, I don’t see how publishing a fabricated story is any different than staging photo opps or orchestrating events to create a desired effect. For example, if Lyndoman had in fact paid a 13 year old to steal his father’s credit card and hire the working girls would the story be somehow more valid?

What do you think? Would you knowingly publish a fabricated story to generate links? Do you think someone hired for the purpose of creating linkbait should worry about the moral implications of the story or are results the only thing that matters? Let your opinion be heard by weighing in through the comment section below! 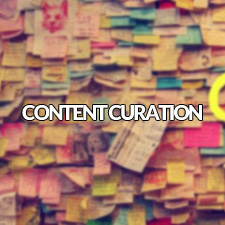 The Ultimate Collection of HTML5 Tutorials and Techniques