written by BlogEx on November 2, 2007 in Blog Monetization and Blogging with 5 comments
← older posts newer posts →

Surprisingly enough it’s been a while since I’ve seen a meme go around the blogosphere. Maybe I’m not paying attention or maybe I’m not as well connected as I thought but in either case, that has changed. I’ve not only seen a meme, I’ve been tagged in one. Personally, I’m not a big meme guy. Don’t get me wrong, they have their purpose and some can be fun, but usually I find I’m at the tail end of them when it’s been beaten to death and everyone just wants it to die.(Side note: Is it a requirement that you say you either don’t normally participate in memes or that you don’t normally like them BUT this one is different? I think that may actually be a blog-law somewhere.)

However, I’ve also learned that there are certain people in life that you just don’t say no to. As it turns out, Tamar of Techipedia is one of them. I know Tamar from the “seo side” of my life but she tagged me on this blog so I figured why not?

The meme in question is about “MediaSnackers.” What is a media snacker you ask? Watch the video.

Now, the creepy, automated voice thing at the beginning aside, the question both the video and meme is posing, is “Do you respect MediaSnackers?” My answer of course is yes, and no. Before I go any further, let me say that I am a MediaSnacker. I consume media from about 5 different mediums a day often multiple at a time. As my wife will tell you, I’m perfectly content sitting down to watch a movie with the computer on my lap. Granted this has probably given me the shortest attention span of any living being but my point remains, I’m a media snacker.

So, obviously I respect MediaSnackers. Our generation has created and supported some of the most amazing and progressive ways to interact not only with media, but with the world around you. However, on the flip side, I don’t feel MediaSnackers are challenged enough. We can sit back, and surround ourselves with people and opinions that agree with our beliefs. By being able to choose what to consume as well as where and how, we rarely have our beliefs questioned. If we disagree with someone, we no longer have to keep an open mind and consider their position, we simple move on to the next morsel of media. While it’s nice to be able to surround yourself with people that share similar interests, at what point does it become unhealthy?

So, do I respect MediaSnackers? Absolutely, but I also doubt them, and question their direction. In terms of who to tag, let’s go with Muhammad Saleem, Caroline Middlebrook, Scott of Chip SEO, Ruchir, and Jason Peck. Hehe, enjoy!

Oh, and while I’m at it, I’d like to take a quick minute to welcome our newest advertiser, Donna from InPJs.com. I’ve known Donna online for quite a while and would back any information she puts her name on. If you’re new to this whole game and would like to find out how to make a living while still in your pajamas, Donna’s site is just what you need. Flat out, the lady knows her stuff, and you couldn’t ask for a better teacher. Be sure to click over to her site and check it out. 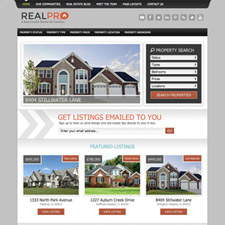