“Hi everybody, my name is Ben, and while it’s a bit difficult
for me to admit, I am a serial blogger.”

I probably shouldn’t mock the recovery process but my point is this: I have a few blogs I post to on a weekly basis. If you count the blogs I update once a month or so, that number doubles. If you then count the number of blogs I’ve started, written for, and have since abandoned, that number makes the space shuttle look like a bottle rocket. The thing is, I know I’m not alone. Technorati released a study earlier this year that said 79% of the 15.5 million blogs out there are no longer active. That’s something like 12.2 million inactive blogs out there. Now I can probably claim 30 or 40 thousand of those but that tells me there are quite a few others out there like me. So, are those poor orphaned blogs worthless and just taking up space? Well, that depends on what you do with ’em.

I logged into my Text Link Ads (TLA) account today to approve an ad sale and much to my surprise, it was for another ad on one of my all but forgotten blogs! This thing has been sitting there inactive for almost a year now and it only had about 20 posts on it to begin with. However, I had managed to get it up to a PageRank of 4 and today, someone purchased a link from it. For the past three months I’ve been earning about $10 a month from it for one of the Post Level Ads that TLA offers and it looks like that total will more than double for this month. While $30 a month is certainly not something to write home about, it’s not a bad price for doing absolutely nothing. I mean, if I made that off every one of my abandoned blogs, I could pay my house payment every month and then some.

In the interest of full disclosure, I’m not just telling you this out of the goodness of my own heart. Not only does TLA offer a great way to monetize your blog by selling links, they also have an affiliate program that can be another significant source of income. In fact, last month, John Chow earned more from the affiliate program than he did selling links on his site. That might not blow you away but when you consider the fact that he made over $2,000 from selling links, all of the sudden that affiliate program seems like something worth looking into.

Bottom line, Text Link Ads doesn’t cost a cent to join, their affiliate program pays $25 for every person you refer that signs up and, through their text link ad marketplace, they offer a great way for you to make money off your old abandoned blogs and sites. If you’re interested in joining, I’d appreciate it if you did so by way of my affiliate link (or the new banner over to the right). Thanks!

In the context of today’s information technology revolution, various huge companies have made billions of dollars by selling a wide range of hardware and software and have reaped emerging markets of world. Software like data recovery programs and disaster recovery plans helps to take back ups of hard disk files. Hardware like computer backup device and data recovery manuals have contributed a large sales volumes in the hardware market. These devices have proved to be one of major sources of making money in the area of hardware and software. Due to high internet sales through affiliate programs windows backup software have played a vital role in management of sales data on regular basis. Moreover due to online file sharing facility new money making businesses has emerged in the past few years allowing visitors to download songs, software and games. 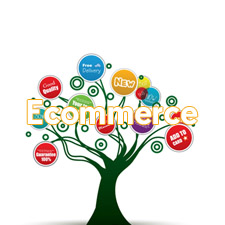 Ecommere – Tap Into What People Are Really Buying?

How Much Should You Pay For A Logo?