written by BlogEx on February 15, 2008 in Blogging with 12 comments
← older posts newer posts →

About 3 weeks ago I decided to test the “less is more” theory in terms of my posting schedule. Previously I had been publishing new posts every day Monday through Friday. However, after reading several comments about improving your blog by posting less often, I decided to give it a try.

So how did it go?

To be honest, the results were a bit mixed. On Monday, January 21st, I had 828 subscribers according to Feedburner. Wednesday, after a guest post appearance on Zen Habits, my subscriber count hit an all time high of 909. However, to assume that the new milestone meant that posting less was better, would be a mistake. Over the life of this blog, my subscriber count has been up and down but the overall trend was a healthy upward slope. As you can see from the image below, the rate of increase has slowed considerably becoming a plateau of sorts.

I’ve also noticed a trend emerging over the past two weeks or so. Every time I post, the subscriber count goes up. While that makes sense since Feedburner uses the number of people accessing your feed to measure the subscriber numbers, it also suggests that I might have been able to do better than increasing the count by 70 or so over the past three weeks.

Don’t get me wrong, there were some positive aspects of the new posting schedule as well. I had time to write a guest post and submit it to an A-list blog. I had time to get the affiliate program up and running for theme sales, and in general I felt a lot less pressured. Unfortunately, I also rediscovered that I’m probably not yet disciplined enough to blog “when I feel like it” and still have a strong and active blog. I didn’t write every day and found it MUCH easier to just put off working on a post whenever I ran into a wall.

The last issue I encountered was a bit unexpected as well. By posting less often, I wanted to make sure that each post was of a higher quality. While I certainly attempt to make each post worthwhile, I found myself dismissing drafts, especially those dealing with site news, milestones, and even some activities I did to promote the site, as not being good enough to post. Now, some of you may be reading this and thinking, thank goodness! but I think part of this blog’s success has been the fact that I have documented each and every step I took so closely. By leaving some of those posts out, I think I’ve drifted away from the chore purpose of the blog and in the long run, I think the site would suffer for it.

As you probably have guessed by now, I’ve decided to switch back to the old posting schedule. While I don’t think I proved or disproved the “less is more” school of thought regarding the frequency of posts, I definitely think having a set schedule to hold myself accountable to will be better for the blog.

As usual, I want to know what you as readers think of the less frequent posting schedule. Do you feel it helped or hurt the blog? Have you enjoyed posts more or do you agree with my decision to go back to the old schedule? Did anyone play along with this little experiment? If so, what kind of results did you see? 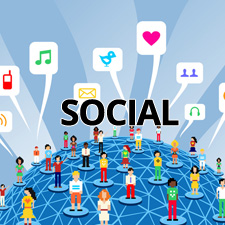