Well, that didn’t take long. Two weeks after I first added Kontera’s contextual advertisements to the site, I’ve pulled them off. While I initially planned on giving them at least one month long trial, I’ve pulled them down and will test them on one of my other blogs. Why? Simple… money.

My experience so far with Kontera has been pretty underwhelming. I’ve received a few clicks a day but the revenue per click has been surprisingly low. I’m talking a cent each on occasion. Now I know that Kontera says that it can take a month for the ads to be optimized to my site properly but many of the comments left when I announced that I would be trying the service suggested that it took much longer if it happened at all. That is something that bothered me a bit and to be honest, I don’t see why it would take a month in the first place.

Had the earnings per click been the only issue, I probably would have let the ads run for the full month long test. However, I was also seeing a drastic under reporting of impressions. According to Kontera, I received half the impressions that Google Analytics reports for the same time frame. While some discrepancies are expected, half is a pretty large portion. This raised my level of concern because as I’ve mentioned in the past, if a program has trouble tracking one measurement (impressions) they might very well have problems correctly tracking another (clicks). Once again though, even with these concerns, I was willing to continue the trial period and perhaps address the issue at a later time.

So, what was it that finally caused me to pull the ads? As it turns out, the ads are against Sponsored Reviews’ terms of service. Some of you may remember the little dust up surrounding a somewhat negative review I posted some time back. During my discussions with Sponsored Review, they pointed out that one of their rules is that “Reviews cannot contain in-text advertising (e.g., Kontera) or sponsored links other than those of the advertiser, unless otherwise specified by the advertiser.” I had completely forgotten about that section until this weekend when I happened to be browsing through some old posts and ran across the post where I admitted I had been 2/3rds wrong.

Obviously this last issue isn’t Kontera’s fault but as you may have noticed from some of my previous income reports, Sponsored Reviews is a significant source of income for this blog. I could probably figure out some way to use the exclusion tags that Kontera provides to make sure their links don’t show up in any Sponsored Review posts, but I’m having a hard time justifying going through all that trouble for the $1.91 I’ve made from Kontera so far.

As I said, I will likely give Kontera a test spin on a different blog and I might even put the ads back on this site at some point, but as for now they’ve been shown the door. Please don’t take this as a condemnation of the program as a whole, or even as a recommendation for you to pull the ads from your site. Kontera has worked for several bloggers I’ve spoken to and it might work for you as well. Despite it’s poor performance on this site so far, I will readily admit that I haven’t given it the 30 day period they ask for. The sole purpose of this post was to keep you, my readers, informed of the steps I take towards my goal of a full time income. 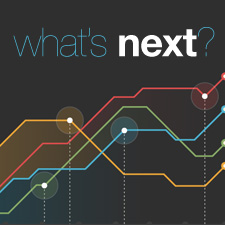 What Will Be The Biggest WordPress Theme Trend in 2013?