Keep It Simple for the Stupid

written by BlogEx on August 3, 2007 in Blogging with 9 comments
← older posts newer posts →

A few days ago I was getting ready to go out and glanced in the mirror at the mop that was my hair. I had a bit of time so I decided I’d trim it up. Now before you go thinking this is some big ordeal allow me to explain. I almost always sport a buzz cut that I can do myself with the handy #2 length guard and a set of clippers. I’ve been cutting my own hair for years and have it down to about a 10 minute process. The reason my head resembled a mop was because I had just been too lazy to take those 10 minutes. Anyway, as I said, I decided to finally cut my hair. I covered the sink and about 15 minutes later (I told you it had gotten long) I was done. Well, almost…

The one problem with cutting your own hair is your neck. No matter how hard I try, I just don’t have enough coordination to trim a straight line on the back of my neck. Luckily, I’m married and don’t have to worry about that anymore. My wife just pops the guard off, turns the clippers over and in about three seconds, I have a nice clean line. We’ve pretty much got it down to a system. Well, almost…

My wife was in the other room getting ready so I popped the guard off and sat the clippers down for her and proceeded to brush my teeth. While I was brushing I noticed I had missed a pretty large chunk of hair that was now standing up at the back of my head making me look an awful lot like a human peacock. As I said, I had done this about a thousand times and every now and then I just miss a spot. Anyway I picked up the clippers, turned them on and with two quick swipes removed the tuft.

Unfortunately, as those of you who have been paying attention probably already realize, I didn’t mention putting the guard back ON the clippers. That is, in fact, because I hadn’t. So, while I did succeed in removing the peacock look, I simultaneously created two rectangular bald strips on the back of my head. I of course realized this as I was setting the clippers back down and noticed my trusty 2 guard sitting on the other side of the sink. After consulting with my now laughing wife, I came to the conclusion that my only real option was to finish off the rest of the head like that. Another 15 minutes later and viola, I joined Darren Rowse and Shoemoney as a member of the bald bloggers brigade.

Moral of the story? Even smart people (just allow me my delusions please) do dumb things once in a while. What does that mean for your blog? To borrow Mr. Barnum’s line, you’ll never go broke underestimating the intelligence of your audience. That’s not to say you act as if everyone that reads your blog is stupid. Shoot, in my case I’m pretty sure most of the readers still have their hair which puts them one step above me. The point is, everybody has learned different things at different times through different experiences. One reader might know a lot about SEO but know next to nothing about usability. One person might know a lot about writing compelling copy, but have no idea how to use WordPress. By taking the time to make sure you cover all your bases, you’ll allow your site to be a useful resource for novices and experts alike.

In short, keep it simple for the stupid, even if the stupidity is only temporary. 😉 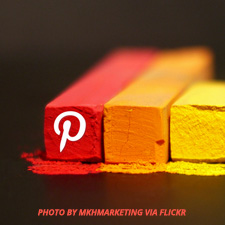 Just Pin it: Tips for Promoting Your Business on Pinterest 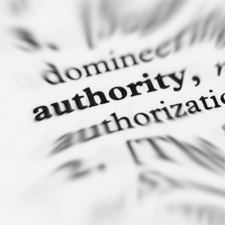 Tips on How to Build Your Authority Site

9 Responses to “Keep It Simple for the Stupid”