HTML5 and Apple Try to Create the New Flash

The Internet is a vast landscape which is quickly changing. Change is the one constant you can count on when it comes to the World Wide Web. This is because there are always new forms of media coming online as well as new ways to present them. Flash from Adobe has been one of the giants in the industry for the longest time. Currently  Apple is trying to unseat the champion for their chance to bask in the glory (with the help of HTML5 of course). The problem is, Adobe is fighting back with an even better looking version of their Flash with the ability to do more and run faster. So, which one will be better?

HTML5 is the newest form of HTML code which allows developers to embed videos without the use of Flash. There are many different kinds of players which are coming online which are rivaling. They all want to be the video which people will use in order to present their videos on their web pages. The video formats which are currently available for the HTML5 code are Sublime, Kaltura, Projekktor, YUI, OIPlayer, Ogg and more.

Here is an example of the use of Kaltura: 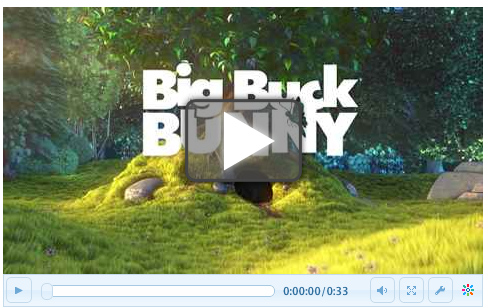 The major problem many of these video types are running into is that they are specific to certain web browsers. FireFox, webkit browsers and Internet Explorer 9 (IE9) are the only ones which have the ability to support these inclusions. For many to be able to see the videos, they will still need to download and install a plug-in like Google Chrome Frame which completely defies the purpose of using the new technology.

Even without the video inclusion, HTML5 is set to take the place of HTML4. Those who do use the new HTML technology will be able to include custom buttons to control the video playback by using such script as this:

The new Version of Flash

In a response to the fact that Apple and HTML5 are trying to edge out Flash, Adobe is reminding everyone of the new version which is being released soon. The new version of Flash promises to be able to handle everything including 3-D graphical rendering. This makes it possible for Adobe to show content which is similar in nature to all of the video game platforms which are out there.

The biggest problem for Adobe is that they do not have a clear cut view as to when the release of the new Flash will come. This brings back to the whole reason why so many people are fed up with Flash. It seems like the technology is always dragging a bit behind, and even when there is a good development, it takes a while to be released.

The other major problem Adobe is running into is with Mac platforms and smartphones. They are dragging behind waiting for an upgrade which will be powerful enough for their handheld device to work as intended. This is not a problem the HTML5 video coding will run into, because the coding will make it possible for anyone who can run the HTML5 language to watch the videos.

The biggest advantages HTML5 offers is its seamless buffer and play system. You do not have to wait for the video to fully buffer before you can even watch the first frame. Even better, you will not have to wait until the section of the video you want to watch is buffered. You can simply jump ahead to the portion you would like to watch, and the video will begin to buffer right at the screen it is on. This provides the user with more control over what they are watching.

Another advantage HTML5 video player has is that you don’t have to wait while the system reconfigures the video to a larger screen size. If you change from small screen to full screen, you will be able to do it by pressing control or the Mac button and clicking on enlarge. Before you know it, the video is playing in full screen mode. Changing back to the small screen is just as easy.

Having the ability to control such things as the control buttons, skins, rotation and more for the videos allows the developer to be in much more control. No longer will you have to live with the normal settings which you have grown accustomed to seeing on the screen whenever you see the Flash screen come up. This is a boon to all developers looking to have a completely unique look.

Being able to use the functions to customize the look and the availability of the video have huge benefits to those looking to promote their companies. For instance, telemarketing companies will have the ability to show advertising videos to their clients right on their websites, and not have to worry about whether their clients will be able to watch the videos.

While the war rages on for the future of video players, it is certain that the true winners are those who are watching the videos in the first place. It may be a bit more confusing for the web developer to choose the one which will be the best platform to show their videos on. As long as you know your clientele and the systems they use, you will be fine.