How To Become A Guru Online

Ah, how great it must be to be a make money “guru”, right?

Well, I’m no guru myself, although I’ve been called that through some nasty emails lately. I’ve been getting emails like “You’re just like all the other gurus out there” or “You’ve turned into one of those gurus who won’t share the exact details of your success”.

First let me state that I hate the term “guru”, at least in a sense that most people use it online. The ORIGINAL definition of Guru is from the Indian culture meaning: A spiritual guide, teacher and leader who provides a sacred path to wisdom and guidance.

However, the definition has since changed to a more broad “person with knowledge or expertise”. I work with several Indian partners who are offended by the term guru being thrown around so often online, especially when it’s used to negatively describe someone.

But the point of this post is not to debate how the term guru is being used or what the meaning of the term is. The fact is, people love to use the term guru, especially in the internet marketing niche.

Becoming an internet marketing guru is pretty easy. Here’s what you have to do to become one…

Step 2 – Work your butt off and have amazing success with it.

Step 3 – After reaching the “wealthy stage”, you decide to give back.

Step 4 – You work hard to share your knowledge with others.

Step 5 – You get criticized and scrutinized for your every move.

Step 6 – People think you are a fraud and are only out to rip people off.

I always find it amusing to see people ripping on successful people. I assume the biggest reason why people hate “gurus” is because they are simply jealous of their success and if this “guru” doesn’t literally take them by the hand and show them every tiny detail to become rich, then the guru is a fraud.

Don’t get me wrong, there are A LOT of scam artists online claiming to be a guru. Just because you hang out with other gurus doesn’t make you one yourself. But there are just as many real, honest, hard working gurus out there that ARE trying to help you become successful. Just because they might charge a fee to help you succeed doesn’t mean they are out to rip you off.

Sometimes charging a fee is the one thing that will make people accountable for their own success. Nobody puts value on anything that’s free. If you pay $500 for a coaching program, you’re much more likely to put the advice into practice because you need to recover that investment. If you get free advice, you will probably not take action because you are not out anything if you don’t.

Nobody in this world is “entitled” to anything. If you want something, you need to work for it, not EXPECT it to be handed to you. There is more opportunity in the world RIGHT NOW than there has ever been in history before. Even though the media makes it sound like the sky is falling and the economy is falling apart, nothing could be further from the truth.

There’s always an opportunity to succeed, no matter what the current economic situation is. Sure the housing market appears to be falling apart, but other people are absolutely loving it (foreclosure investors). Sure some people are losing their jobs, but many of these people are taking this misfortune and using it as a kick in the pants to start their own business, something they always wanted to do but had been putting off because they had a “cushy job”. Sure gas prices are approaching $4/gallon, but this will cause a rush to find alternative energy sources, which will help our environment and bring additional job opportunities.

This is the kind of mindset that a “guru” has. An internet marketing guru is simply, a regular person who has found an opportunity and created success from that opportunity.

If you truly want to become an internet guru, open your eyes, work hard and prepare to be criticized… 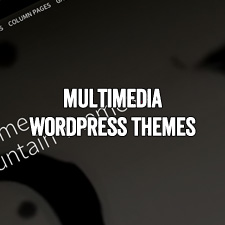 18 Responses to “How To Become A Guru Online”