Entertain or Educate – What Is Best?

written by BlogEx on June 11, 2008 in Blog Marketing and Blogging with 18 comments
← older posts newer posts →

I’ve been doing some thinking lately (I know it’s dangerous). Looking back at all of our businesses over the last 5 years, plus the 100’s of websites I’ve consulted with or studied, it seems like most sites fall into one of two categories.

The first is where the website’s purpose is to educate the reader.

This can include things like teaching valuable lessons, giving outstanding advice to people in their market, sharing things that most people don’t know about, etc.

This is basically the model I chose when I took over the BloggingExperiment blog a couple months ago. Since taking over the site, the traffic level remains pretty steady compared to when we bought it. The RSS subscribers has increased slightly. Income has increased significantly. BUT, the site hasn’t taken off to the equivalent of an A-List Blog…

My initial thought was, people NEED to learn how to make money online, and I was determined to teach people what I knew. I’m not saying this model is flawed, but it may not be the best option if you want a super popular website.

The second path people take with their sites is to primarily entertain their readers.

I was listening to an interview Frank Kern did a while back where he gave this example. I can’t remember the exact way he stated it, but it was something like this: “People are painfully bored in their lives and they are desperate for entertainment…your job with your website should be 15% content, 85% entertainment” (something to that effect anyway)

The difference? Entertainment is more enjoyable and easier to remember than even the best education or training. Is this the reason why JohnChow and Shoemoney are two of the most popular blogs in the make money online niche? Probably so. Do they always give out the best content? Not even close…

So, what direction are you taking your website or blog?

Are you so focused on educational content that even though you have incredibly valuable stuff to share, it’s just not catching on because you are “not entertaining enough”? That’s why celebrity gossip is so popular, as well as reality TV, soap operas and Youtube. Entertainment trumps true content every time, but is it a more profitable direction to take your business?

Which do you think is best? 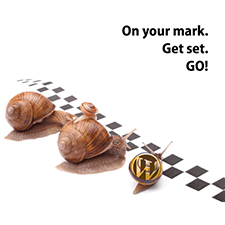 18 Responses to “Entertain or Educate – What Is Best?”

Leave a Reply to An Independents Guide to Politics, Religion & Campaining Cancel reply