Buy Me a Beer is Internet Panhandling

“Panhandling – to stop people on the street and ask for food or money ; to beg”
~ Merriam Webster Dictionary 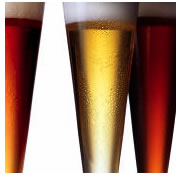 As I was looking through a list of WordPress plugins earlier, I once again came across the “Buy Me a Beer” plugin. Basically, this plugin is a glorified PayPal button which is supposed to somehow make it seem like you’re not just asking people for money.

Most of the sites that I’ve seen use it phrase it something like “Like this post/site? Buy me a Beer!” followed by some arbitrary suggestion like $3 for a beer and $7 for a pitcher. Some apparently don’t drink beer and have changed it to ask for a cup of coffee or a nice cold soda. No matter which way you say it, I just can’t get past the fact that you’re essentially panhandling. Instead of a busy street corner you’re using your blog. Instead of a hat or a cup of change, you’re using this plugin. Bottom line though, you’re begging for money.

Now hold on, I can already hear people saying “I’m not begging, I’m just offering a way for grateful readers to show their gratitude!” Yeah, and the saxophone player I see every time I leave a St. Louis Cardinals’ game isn’t begging either, he’s just offering us a way to reward him for his great playing, right? Here’s the thing, if your content is of a high enough quality that you think people will be grateful and give you money for sharing it with them, then sell your content! Start offering a paid section of your site. If you offer an ebook for free but welcome donations to help support your writing efforts, sell the darn thing! It’s either valuable or it’s not… period! If you don’t place enough value on it that you don’t think you can sell it, then why in the world would I value it enough to donate money after the fact?

What’s worse is when you see this type of thing on an already successful site. I mean, honestly, when’s the last time you saw a guy in a designer suit standing on the corner asking passersby if they could spare a dollar or two? Or better yet, how would you react if someone asked you for some change, you gave them a few bucks, and they turn around, hop in a brand new BMW and drive off? So why is the online world any different?

Now, there are some people using it basically as a payment system. For example, when I announced the first ever Blogging Experiment Contest, I paid three dollars to the ContestBlogger to get a longer review on his site. These sites have a clearly stated exchange; if pay me this, I’ll do this. To me these people should just use a paypal button and be done with it but hey, at least they are selling their service.

The one thing I’ve noticed through the years about people I’ve seen begging on the street, very few of them are proud of what they’re doing. Even fewer will look you in the eyes and if they do, you almost always see their shame. Now please don’t get me wrong, I don’t mean to sound like I’m ripping on people that beg or panhandle on the streets of our cities. But the bottom line is this: you might make some extra money every month from people “buying you beers” but you won’t make a dime from me and you might very well end up looking like an internet panhandler. In my book, that’s not something to be proud of.

Update: I feel I need to clarify one point. Just because something is free doesn’t mean I think it’s worthless or has no value. Things such as ebooks that are given away as a reward or even freely as a marketing tool etc. are often very valuable.

I guess I view blogs similarly to radio shows, newspaper and magazine articles, and even TV shows. Yes, all of those mediums offer up information and entertainment. However, when’s the last time you watched a TV show and at the end they said, hey if you liked the show please send us $5. If your blog offers quality information and you chose to offer it for free, monetize your site in other ways. Sell advertising, display affiliate offers, etc. Don’t offer it for free and then hedge your bet by then asking for donations. 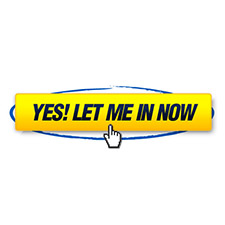 69 Responses to “Buy Me a Beer is Internet Panhandling”