Reader Discussion: Be Careful What you Promote?

written by BlogEx on October 3, 2007 in Blog Marketing and Blogging and Reader Discussion with 45 comments
← older posts newer posts → 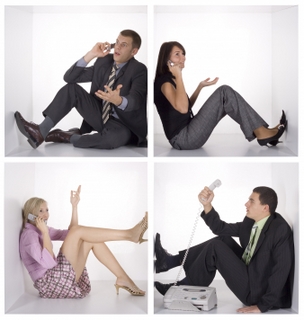 All the recent hype and then disappointment with BlogRush, the issues with Widgetbucks, and my personal feelings about Dealdotcom, I began to ponder a question that sprang up when JohnChow was heavily promoting Algoco. I have to admit, I’ve gone back and forth on the issue and I’m still not sure I have settled on one side or the other. So, I figured I’d open up the discussion to you, the readers. The quality of comments left on this blog are something I’m quite proud of (although I think it’s more a reflection on you than on the content I post), and I thought it would be interesting to hear what you all have to say on the issue.

The question is, does a blogger need to be careful what they promote? By promoting a product or service, are you to some extent tying your reputation to it?

For example, John Chow heavily recruited people to sign up for Algoco, which all signs suggest is a flop. Darren Rowse, Yaro Starak, Shoemoney, and John Chow all promoted BlogRush which for most people up to this point has proven to be a flop as well. 3 of those same big three promoted WidgetBucks. As Andy Beard pointed out, there are more than a few issues with this program as well. So, has your opinion of any of these bloggers changed because of their promotion of these services? If so, why? If not, why not?

Does the bloggers’ persona or personality play a roll in this? For example, John Chow is a fairly controversial figure and plays into the whole “root of all evil” image. Can he promote any and every service or program that he chooses and get away with it because he’s “evil”? Do you hold Darren (Problogger.net) to a higher standard than the panda killer? And finally, are less popular bloggers held to yet another standard or do the same principles apply?

Since I’m asking for you to voice your opinions on all of these questions I’ll go ahead and share mine in hopes of getting the conversation started.

To be honest, I’m not quite sure. I’m certainly finding myself more skeptical of the things Darren and Yaro promote now. In fact, my initial reaction to WidgetBucks was skepticism. In a matter of a couple of hours I saw it popping up on JohnChow, Problogger and in an email from Yaro, and that set alarms off and sent red flags flying. I’m not sure whether that’s fair or not, but it was my gut reaction. It could just as easily have been the best thing since sliced bread being promoted and just happened to contact the top bloggers in this niche but it made me suspicious.

I think I do hold Darren and Yaro to a higher standard than I do Mr. Chow and I’m not sure whether that’s fair either. Really John wouldn’t want to become known for promoting scams or crappy products either so I’m not sure why it seems he can “get away” with more.

I guess I view a bloggers’ reputation as his  or her most valuable asset. If you can’t trust what I say, I’m doomed. You’ll stop reading, you’ll stop visiting the site, and in the end, I’ll stop making money off the site. However, I think a less popular blogger probably has more to lose, for a couple of reasons. The obvious one being less popular bloggers have fewer readers to lose, so each one is, in a sense, more valuable to the smaller blog. Another reason is that the less popular blogger doesn’t have the track record that a well known blogger has. For example, if I promote some product that ends up being complete crap, that might very well be the only impression people have of me. If Darren promoted the same product in the same manner, people might very well say “Well he missed that one but look at all this other great advice he’s give us. Look at his track record over the years.”

So, there’s my take, what’s yours? Am I wrong? Am I right? Do you have other thoughts on the issue? Let’s talk it over.

Incredible Drop Down Menu Solution With CSS Only

45 Responses to “Reader Discussion: Be Careful What you Promote?”