written by BlogEx on March 18, 2008 in Blog Marketing and Blogging with 8 comments
← older posts newer posts →

Yesterday I gave you the secret to networking with A-listers… they’re people too! Ok, so it wasn’t all that profound but believe it or not, realizing that will help you immensely in your networking efforts. I also promised to provide a few more practical tips and methods to apply that new-found knowledge so today for your reading pleasure I present 7 Steps to Successful Networking.

The first step I’d take when networking with any blogger would be to visit their site and comment on their posts. Bloggers love having an audience, and commenting lets authors know that people are actually reading the content they’ve worked so hard on. I don’t know a blogger out there that doesn’t read and often respond to comments left on their blog. Also, commenting on a regular basis will draw the blogger’s attention, especially if they employ the Top Commentator’s plugin or something similar. Popular blogs often have a community feel to them and commenting on a regular basis is the quickest and easiest way to join that community. 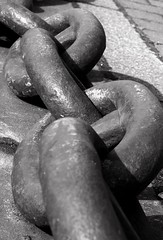 credit: robert_a_dickinsonAnother great step to put yourself on a blogger’s radar is to link to their site. While A-list bloggers receive many more links and trackbacks than the average blogger, they’ll often check out the different sites that are talking about their content. For example, my post covering Copyblogger’s Keyword Research Guide linked out to the guide and it wasn’t long before Brian left a comment on my post.

Links not only send traffic, they also help a site’s search engine rankings. Because of that value, giving away links freely to bloggers you’re trying to network with is another great step to get yourself noticed and start the relationship off on the right foot. People are much more likely to do something for you, once you’ve helped them, and bloggers are no different in this regard.

Much like linking, this step is a great way to make yourself known to A-List bloggers. Social media sites are powerful weapons in a blogger’s arsenal and submitting posts to social media sites or regularly voting on their submissions is another effective step to networking. This one can be a bit of a double edged sword, however. If you do submit a post or article, make sure to do it well. Craft and interesting headline and description that is likely to succeed on the specific social site you’re dealing with. Also, it helps if you have a history of having stories promoted to the front page or going hot, etc. The objective here is to help the blogger get more traffic to their site, not prevent it. Simply voting to help existing submissions carries less risk of aggravating the blogger, but it also has a smaller reward.

With that being said, many bloggers have social media accounts themselves and often, voting on the stories they submit, even if the submissions aren’t for a site they own, will catch the blogger’s eye. As with the first two steps outlined, the purpose here is to interact, and perhaps provide the blogger some value, rather than just popping up out of the woodwork and begging for something.

If I had written this post 6 months ago this step wouldn’t have made the list. But, after “tweeting” for a couple of months, I would urge you to give it a shot. The process is pretty simple; find a few A-listers, follow them (chances are they’ll notice and follow you back) and then simply engage in their discussions. Twitter allows you to notify members of a message using the @ symbol (@blogex, for example would make sure I saw the message) as well as send direct (pr private) messages as well. One great thing about Twitter is that even if the person isn’t following you, an @ message will very often be seen and responded to.

In just the short time I’ve been using the site, I’ve had several exchanges with prominant bloggers that I honestly don’t think would have happened in any other medium. Also, the short format of the messages (maximum of 140 characters) and the informal nature of the site promotes a lot of “posts” so to speak that would probably not make it onto any blog or into any comments. It creates a level of familiarity that I’ve not found on any social networking site and that in turn leads to more opportunities which is what networking is all about.

There’s really nothing worse than getting an email about your site and realizing the person didn’t even take the time to make it specific to your site or personal to you. Instead of saying “Hey Ben” it says “Dear Webmaster” or instead of “Blogging Experiment”, it says “your site.” The list can go on and on but my point is, people can tell when they’re reading a form letter that you’ve sent out to as many bloggers as you could find email addresses for. Whenever you interact with someone you’re networking with, make sure you make it personal to them. If you send an email, don’t use the same form letter for each blogger, take the extra time to let them know that it was written specifically for them. If you’re commenting on their site, make it specific to the article or post and show that you’ve actually read it as well. 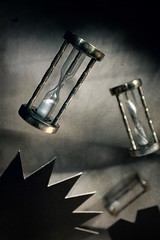 credit: ƒregAs I mentioned yesterday, one of the biggest things that differentiate A-List bloggers from the rest of us (aside from the balance of their bank account), is the amount of time they have. As this blog has grown in popularity I’ve noticed a steady increase in the number of people writing to me asking me questions, asking for interviews, pitching me ideas, etc. I can not imagine the amount of email alone the A-Listers get, not to mention Tweets, comments, and messages on social media sites or in forums. Just about every big blog I’ve read, has a disclaimer that somehow addresses the sheer volume of email they receive.

My point is that A-Listers have a LOT less time to spend answering emails or replying to comments than many of us. In reality though, even many new bloggers have other things to do with their time. So, whenever emailing or corresponding with a blogger, try to use their time effectively and efficiently. Shoemoney often mentions that if you want to interview him, just send an email with the questions. Don’t make them take the time multiple back and forth messages will. If you want to guest post, don’t write and ask for permission to submit a post, just send it in. When you do land the interview, understand that they might not spend the next two hours answering the 134 questions you just asked them.

The single most important step of all is to be genuine. If you can’t be genuine in your correspondence with the person you’re trying to network with, you’re better off not doing any of these steps. People can smell a rat and most people will pick up in insincerity right off the bat. If your only goal from the relationship is to get something out of them, you probably won’t be successful. There is a very good reason the first three steps I mentioned focus on you providing value to the blogger. The only person that likes to be in a one sided relationship is the recipient and those kinds relationships don’t tend to last very long.

On the other end of the spectrum, don’t spend the majority of your interactions putting bloggers on some sort of pedastle. Yes A-listers are successful and yes we can learn quite a bit from them, but remember the lesson from yesterday, they’re just people. While I’m nowhere near the A-list, I’ve had some people treat me with almost a reverence and to be honest, it is just uncomfortable. I’d much rather just have a normal conversation with someone and the A-list bloggers I’ve talked to feel the same way.

While I’m not guaranteeing that you’ll land every guest posting gig you ask for or are granted every interview request you send out, following these 7 Steps to Successful Networking will help you make the most of your networking efforts. Have you used any of these steps before? If so, what was your experience? Do you have other tips or suggestions that have helped you? As always, please feel free to chime in via the comment form below!

Tools to Aid You in Designing and Coding

8 Responses to “7 Steps to Successful Networking”